The vaquita (Phocoena sinus) is the most endangered marine mammal species in the world. It has a very restricted distribution, occurring only in the upper Gulf of California in Mexico, mainly north of 30º45’N and west of 114º20’W. The present range of the vaquita is limited to approximately 4,000 km2, with the highest-use area about 2235 km2.

No species, except perhaps the baiji, has been of greater concern to the CSG over the last several decades than Mexico’s endemic Gulf of California porpoise, the vaquita Already by the time of its scientific discovery and formal description in 1958, the vaquita was seldom seen, difficult to observe and probably not very abundant. Its status has continued to deteriorate since then because of unrelenting pressure from incidental mortality in fisheries. 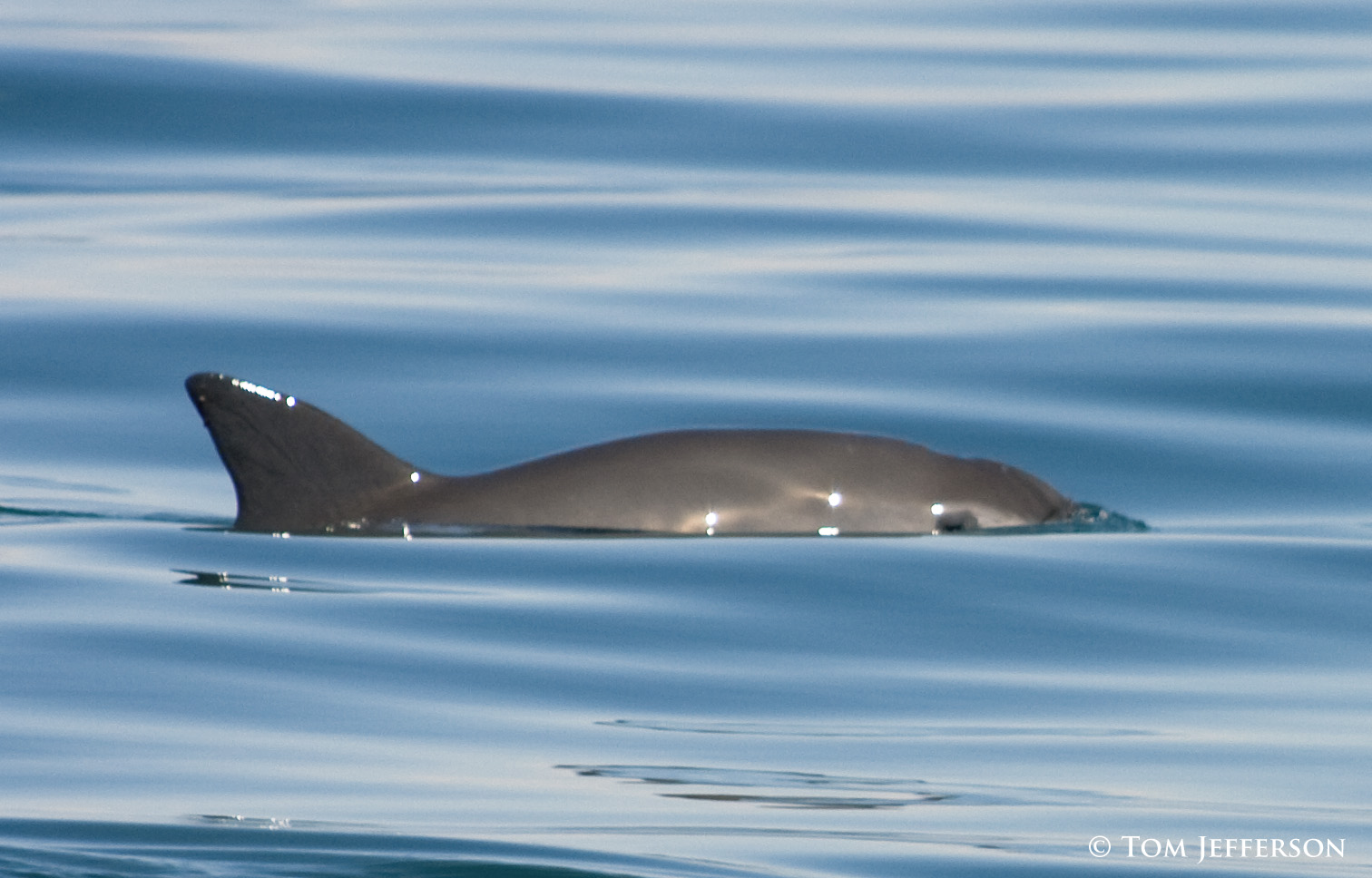 The results of these two recent studies (vessel-based survey and acoustic monitoring) are in close agreement, indicating a very similar rate of decline.  The only empirical estimate of incidental mortality was of 39 vaquitas/yr (95% CI 14-93) in 1993-1994, and it applied to only one of the two fishing ports within the vaquita’s range. If the boats from the second port experienced similar bycatch rates, then the total annual removals at that time would have been about double, or 78/year.

It was clear from the very first surveys of cetaceans in the northern Gulf that vaquitas were rare. Aerial surveys in the early 1990s recorded from 1.8 to 7.2 vaquitas/1000 km, a very low encounter rate compared to other cetaceans in the Gulf of California.  The first vaquita abundance estimates derived from vessel surveys applied line-transect methodology to four datasets from the period 1986-1993. Even though none of the surveys covered the entire range of the species, the analysis suggested that there were only hundreds (not thousands) of vaquitas and that numbers were declining.  The most precise and accurate of the four estimates was 224 individuals (CV = 0.39) in 1993.

Although no formal bycatch estimate was available for many years following the scientific description of the vaquita in 1958, interviews with fishermen and observed carcasses indicated that incidental mortality in gillnets was high. From the 1980s onwards, it became clear that vaquitas were dying in most, if not all, types of gillnets used in the northern Gulf. The deaths of at least 128 vaquitas in fishing gear were documented between early March 1985 and early February 1992.

Conservation efforts for the vaquita were slow to start because for many years Mexican authorities were unconvinced that any action was needed. 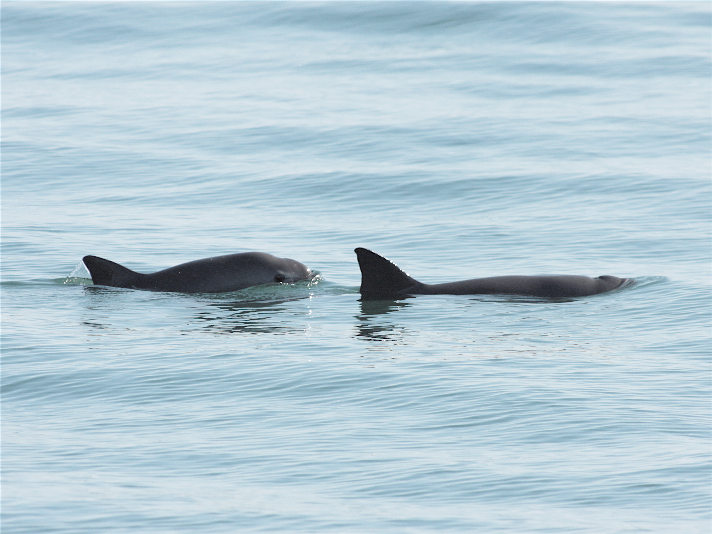 When it was finally acknowledged that the vaquita was endangered, authorities focused on upstream dam construction on the Colorado River in the United States and the resultant loss of freshwater input to the northern Gulf as the primary cause of the porpoise’s decline.  In reality, the vaquita’s vulnerability is probably determined by both natural processes and human interactions. All data suggest that the vaquita is a naturally rare species: its population may never have been large, its range is limited, and there is only one population. These factors, combined with the fact that it inhabits a region where fishing is the main economic activity, make this porpoise uniquely vulnerable to incidental mortality.

IUCN redlisted the vaquita as Vulnerable in 1978, Endangered in 1990 and Critically Endangered in 1996. In 2007 the IUCN Director-General urged the President of Mexico “to ensure that all appropriate steps are taken immediately to prevent the vaquita, a national treasure of Mexico, from going extinct”.

A critical step towards vaquita conservation was the creation of the International Committee for the Recovery of the Vaquita (CIRVA) by the Mexican Ministry of Environment, Natural Resources and Fisheries.  Established in 1996, CIRVA’s primary goal was to develop a recovery plan based on the best scientific evidence. The CSG Chair, Randall Reeves, and several other CSG members participate in this ad hoc recovery team.

CIRVA was expected to resolve the dispute over the factors causing the vaquita’s decline, in particular regarding the relative roles of the fishing industry and the depleted flow of the Colorado River. At its first meeting, CIRVA concluded: 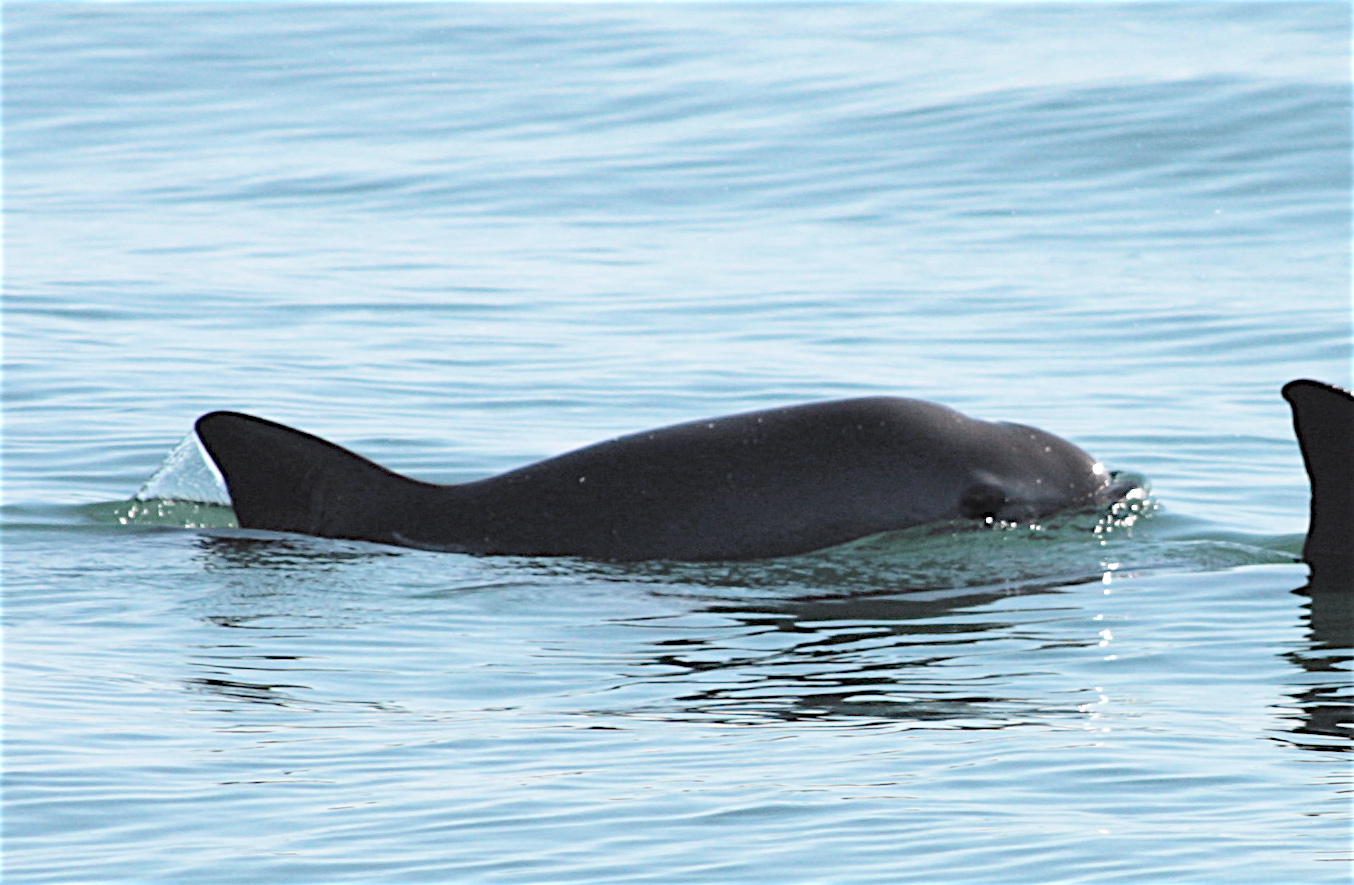 At later meetings, CIRVA made a series of recommendations, most important amongst them “that bycatch of vaquitas must be reduced to zero as soon as possible, that gillnets and trawlers should be banned from the Biosphere Reserve, that research should start immediately to develop alternative fishing techniques to replace gillnets, and that the international community should be invited to join the Government of Mexico and provide assistance to implement the conservation measures”.

In 1993 the Mexican government created the Upper Gulf of California and Colorado River Delta Biosphere Reserve, which has a goal to protect the vaquita. The Biosphere Reserve banned gillnet fishing in an area near the mouth of the Colorado River.  In 2005 an additional Refuge Area for the Protection of the Vaquita covering the central part of the vaquita’s range was created. Gillnet fishing in the Refuge Area was officially prohibited, but there was little enforcement and the ban was widely ignored. The necessity of eliminating vaquita bycatch completely for the species to persist is demonstrated by a recently published study (Gerrodette and Rojas-Bracho, in press) that evaluated three options for a protected area closed to gillnet fishing. The probability of success of each option was estimated with a Bayesian population model, where success was defined as an increase in vaquita abundance within 10 years.  If protection remained as it is at present, within the existing vaquita Refuge Area, the chance of vaquita abundance increasing over that period was only 8%. If the area under protection was slightly larger as proposed in the PACE (see below), the probability of success was still low at 35%.  The only management option judged certain of success (> 99% probability) was a protected area large enough to eliminate vaquita bycatch throughout the entire range of the species.  This study clearly demonstrates that if the conservation actions remain at only the present level, the vaquita is unlikely to survive.

In 2007 Mexico’s President announced the Conservation Program for Endangered Species (PROCER), which required Conservation Action Programs (PACE) for selected species. The vaquita was the first listed. The fundamental objective of PACE-Vaquita is to put into practice CIRVA’s recommendations to conserve and facilitate recovery of the vaquita population. The central goal is to eliminate vaquita bycatch. Given that fishing is one of the most important economic activities in the northern Gulf of California, PACE-Vaquita includes measures to remove the fishing gear that threatens vaquitas by:

Important results from the implementation of PACE are:

The Mexican Government has made an enormous economic and political investment in supporting vaquita conservation. To date, about 26 million USD has been spent to reduce fishing effort in a region where fishing is the main economic activity.  This has been accomplished via buy-out/rent-out, improved surveillance and enforcement, providing socioeconomic alternatives to fishermen, and testing alternative fishing gear.  However, despite these efforts, about 600 artisanal boats (pangas) continue to fish with gillnets within the range of the vaquita. Given the critically small size of the vaquita population, time is running out. Unless bycatch is completely eliminated by banning entangling nets throughout the species’ range, the vaquita will soon join the baiji as a second cetacean species to be rendered extinct by human actions.

The above provides a background to the vaquita and its conservation.  The CSG regularly posts news items and updates about vaquite conservation and these can be found on our News page or at the following links:

May 2017 – vaquita on the verge of extinction

December 2016- Update on the Vaquita

April 2015- President of Mexico launches plan to save the vaquita

For more information on the vaquita and the recovery program click on the following links: