Vaquita Update II: Illegal fishing continues with impunity in the area where the last vaquitas survive

Vaquita Update II: Illegal fishing continues with impunity in the area where the last vaquitas survive

On a visit to San Felipe, Mexico on 27-28 November, we witnessed illegal fishing-related activity with no sign of enforcement and no attempt by fishers to conceal their activities from authorities. In the area we observed, the transport and use of gillnets is banned. Pursuant to Mexican law, the launching of fishing vessels is permitted only from the marina in San Felipe, all small fishing vessels (called pangas) must have clearly visible identification numbers, and engine power is limited to 115 hp. Identification numbers are required for all boats for the Harbor Master to regulate navigation. Permits must be checked on departure and arrival. Nevertheless, in one hour just after dawn on the 27th, 21 pangas with gillnets were launched from downtown San Felipe, which is not a legal launching site. Four pangas were seen to be taken out of the water, presumably after fishing at night, which is also illegal. Only four of the pangas carrying gillnets had identification numbers. A few had engines marked as 115 hp, but one (see photo) had a 200 hp engine with the marking visible and many had similar-sized engines with all markings removed. No authorities were present to check permits or gear types. A video of this activity can be seen here. A large Navy patrol ship could be seen anchored several miles away. 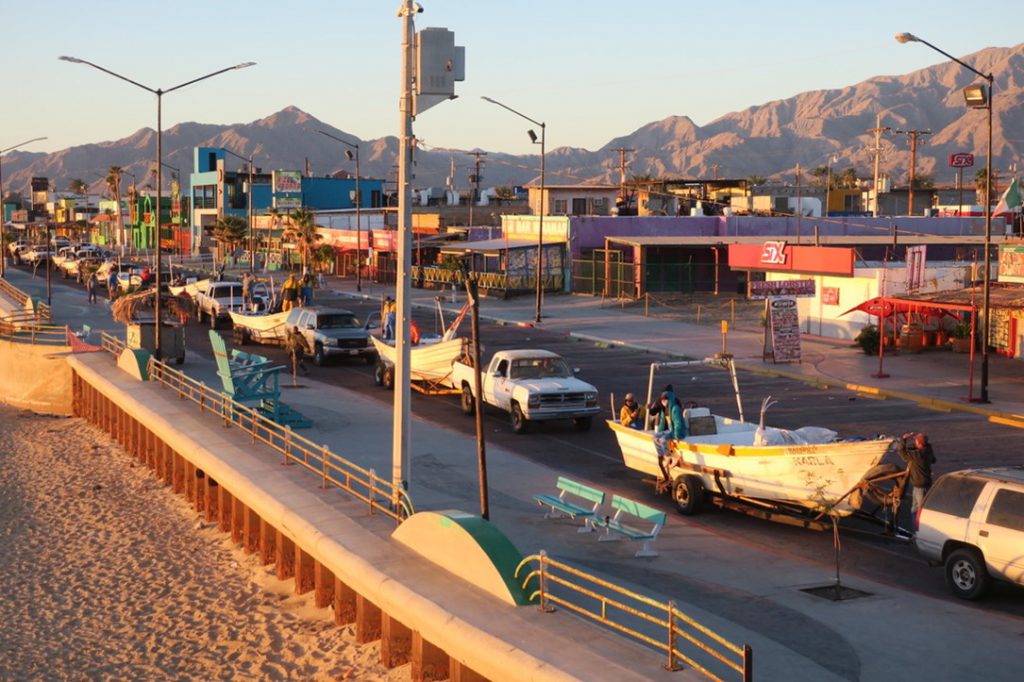 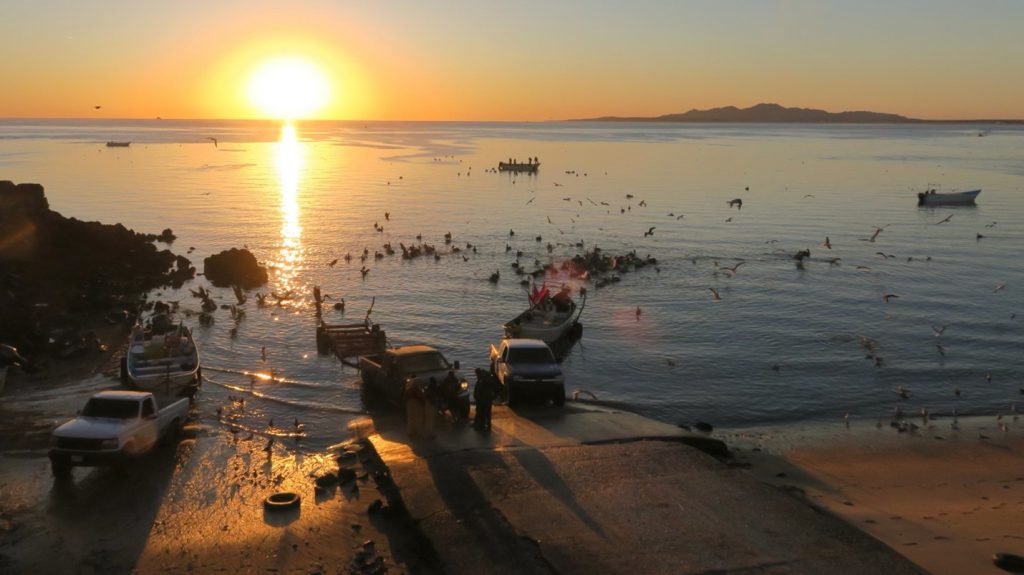 At dawn on 28 November, we observed the legal launching point in the marina next to the Mexican Navy facility for an hour. Only 2 gillnet vessels launched from this point. However, more than 30 vessels equipped with diving gear for mollusks launched. No fisheries or naval authorities were present to check vessel permits. Smaller Navy enforcement vessels were seen at a nearby dock but none were observed to launch. Most trucks and trailers used for the diving operations were in good condition and nearly all pangas had identification numbers. 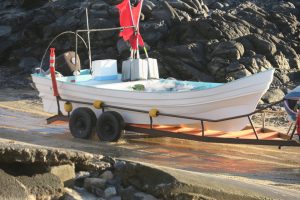 Typical ‘white’ panga with no identification number. Gillnets are piled in front of 4 floats with flags used to visually track the nets as they ‘soak’ to catch shrimp. 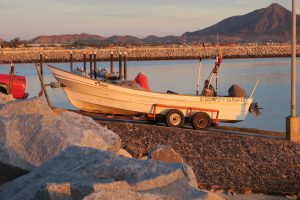 Properly numbered panga at the legal marina launching site next to the Navy facility, with illegal gillnets visible onboard. Few pelicans and gulls were seen at this site where only a few gillnetters were cleaning their nets

From land, it was not possible to determine whether pangas, equipped for either diving or gillnetting, were fishing within the Zero Tolerance Area (where no fishing of any kind is permitted). However, many pangas were fishing very close to San Felipe within viewing distance from shore where vaquitas have been observed in recent years and within the gillnet exclusion zone, which includes all waters that vaquitas occupied historically. Small lights, like those used on pangas, were visible after dark along the horizon during a time period when fishing is banned. 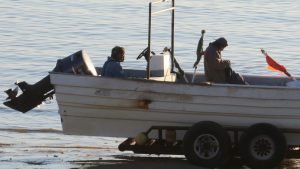 Panga with gillnets and an illegal 200 hp engine

More than half of the pangas that we observed were equipped for diving, which is not a threat to vaquitas. This ‘good’ news is offset by the fact that we saw no evidence of alternative (‘vaquita-safe’) gear being used to fish for shrimp and there was no sign that anyone was checking permits or taking any kind of enforcement action. To date, the 2022 shrimp season has been exceptionally windy such that fishers have experienced fewer good days for fishing than usual. The fine weather on 26 and 27 November together with sufficient tidal currents to make shrimp fishing feasible would be expected to result in high fishing effort. The lack of enforcement emboldens fishers to continue fishing illegally and makes clear to those who wish to fish legally that they would not be rewarded for doing so. Directions from CITES to immediately enforce the gillnet ban laws have been ignored to date.  The season when totoaba spawn and are fished with illegal gillnets in vaquita habitat is about to begin.