After months of planning, the Arabian Sea Whale Network (ASWN) has finalized an infographic designed to raise awareness of the unique nature of Arabian Sea humpback whales and the urgent conservation challenges they face.  The infographic is intended for dissemination to a wide range of stakeholders, including government agencies responsible for conservation management, fisheries managers, port authorities and other industries that impact the marine environment.  Some ASWN members are also distributing electronic and printed versions to schools and coastal communities, and are translating the infographic into Arabic, Farsi, and Hindi in order to reach a wider target audience.  It is hoped that this awareness-raising tool will encourage stakeholders to engage and invest in the conservation efforts required to conserve this population and enable its recovery. 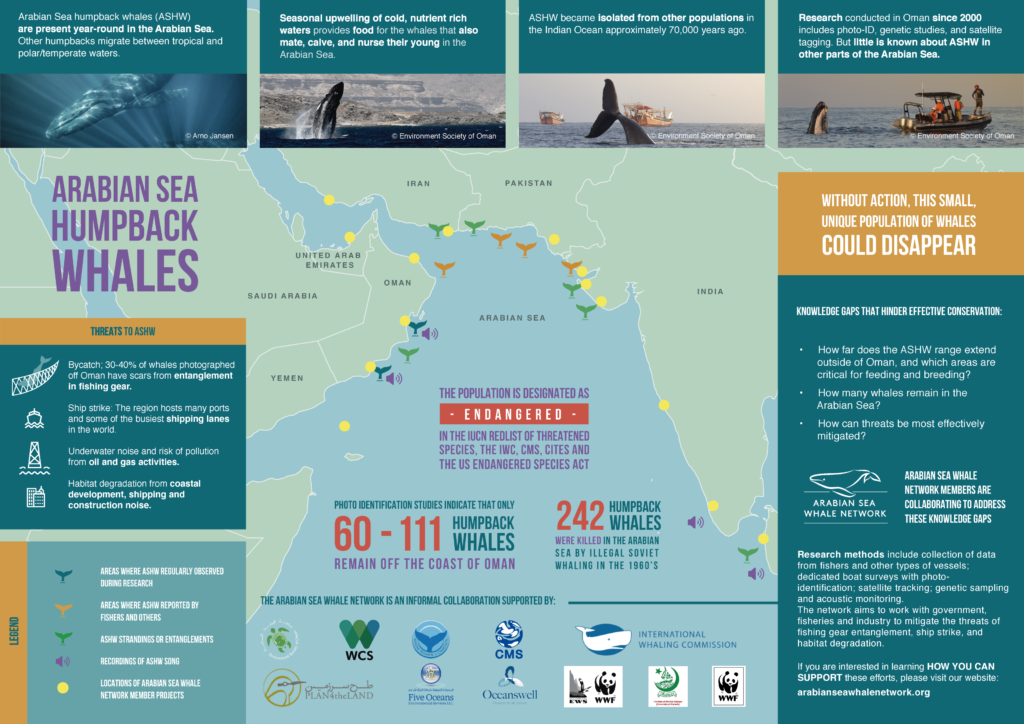 ASWN is also working on the development of a regional online data platform that will allow members to archive cetacean sightings and strandings data in a common format to facilitate Arabian Sea-wide comparisons and analyses. ASWN is working with the developers of Flukebook, an open-source cetacean photo-identification and data archiving platform. As well as archiving data from directed cetacean research, the new regional data platform will facilitate the collection of third-party and opportunistic whale sightings data, such as the wave of reports made by fishermen from Pakistan late in 2016.  In countries where dedicated cetacean surveys have not yet been organized due to lack of funding or security concerns, these third-party reports can provide extremely valuable insight into whale distribution and threats. 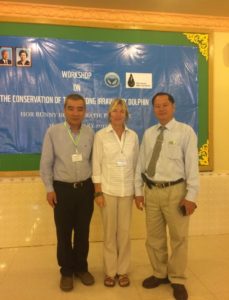 In January 2017 an international workshop on the Critically Endangered freshwater population of dolphins (Orcaella brevirostris) in the Mekong River was held in Kratie, Cambodia [click here to read report]. This was the fourth such workshop convened by the World Wide Fund for Nature (WWF) – Cambodia and the Cambodian Fisheries Administration, all of them organized and conducted in collaboration with the CSG and the U.S. Marine Mammal Commission [click here for more details]. 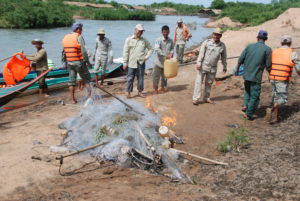 Unfortunately, the threat of hydropower development, addressed in detail at the 2014 workshop, is now a reality for this population. Since the construction of the Don Sahong dam near the Laos/Cambodia border began in 2014, a local subpopulation of dolphins has declined from five to only three individual dolphins and there is now virtually no hope for its persistence. Progress on slowing the decline of the Mekong dolphin population, which currently numbers only about 80 individuals, could

be completely nullified by construction of the proposed Sambor and Stung Treng hydropower dams. If built, these dams will eliminate or transform most of the dolphins’ remaining riverine habitat. A Memorandum of Understanding was signed recently between the Cambodia government and a private company to carry out feasibility studies on the two new dams. 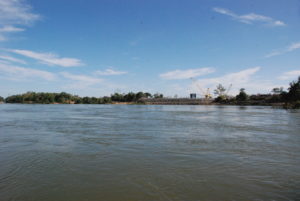 Construction of the Don Sahong Dam on the Mekong River in Laos. Photo Credit: Peter Thomas

Other populations of Irrawaddy dolphins were also discussed, including the Critically Endangered Mahakam (Indonesia) and Ayeyarwady (Myanmar) freshwater ones as well as those in the estuaries and mangrove channels of Bangladesh.

Jan 2017 update on the decline of the Vaquita

As noted in the 16 December 2016 posting on this site, CIRVA (Comité Internacional para la Recuperación de la Vaquita) met in November to update its findings and recommendations concerning vaquita science and conservation. The meeting report, which was officially released today, concludes that the species population has continued its precipitous decline. It numbered only around 30 individuals (95% CRI 8 to 96) by autumn 2016, a decline of nearly 50% since 2015, according to results from the acoustic monitoring program (following the published methodology of Jaramillo-Legorreta et al. 2016 and also Taylor et al. 2016).

Illegal fishing, mainly for totoaba, has continued at alarming levels despite best efforts by the Mexican Government (including the Mexican Navy) in collaboration with the Sea Shepherd Conservation Society. Once again CIRVA stressed, given that the current two-year rangewide ban on gillnets will expire in April 2017, the sale, possession and use of gillnets must be permanently banned in the northern Gulf of California if the vaquita is to survive. Reluctantly, but on the basis of extreme concern over the safety of vaquitas in their natural habitat, the committee also recommended  that the Mexican Government put in place a carefully planned, step-wise attempt to determine whether some vaquitas can be caught and held in a temporary sanctuary until they can be safely returned to a gillnet-free environment (http://www.vaquitacpr.org)