January was a month marked by the violent action of illegal fishermen directed toward people engaged in net removal efforts. Press releases including video of the attacks are available here for the January 9th attack and here for the January 31st attack. Men in multiple pangas set upon the Sea Shepherd’s Farley Mowat and a Navy Defender vessel, throwing rocks and Molotov cocktails. Because of these attacks, only 7 days of net-removal effort were possible (4 for the Farley Mowat and 3 for the Museo de Ballena’s Narval). Twenty-two active totoaba nets were removed, all within the Vaquita Refuge and near where the attacks occurred.

A recap of efforts during 2018 can be found in the December 2018 vaquita update.

The map below (Source: Sea Shepherd Conservation Society Internal Reports, 2019) shows the locations of active nets removed in January 2019 by both the Farley Mowat and Narval (black dots for December and yellow dots for January). The black line shows the area of enhanced protection including both the Vaquita Refuge and the enhanced enforcement area recommended by the 2018 CIRVA meeting. 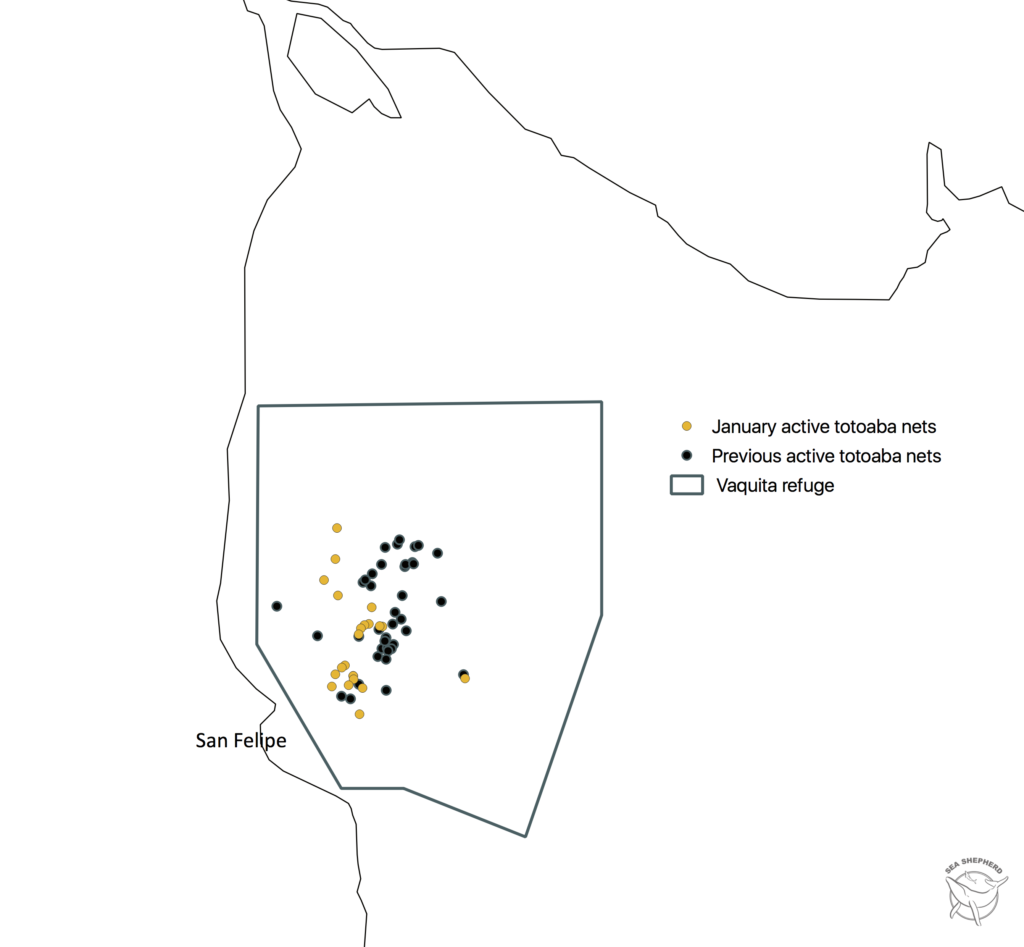