New research has shed light on the genetics of critically endangered Irrawaddy dolphins in the Mekong River. The results are interesting, concerning, hopeful, and a call to action. The study brought together samples collected between 2000 and 2009 and the work of a group of researchers, to look at the genetic diversity, phylogeny, and demographic history of the Mekong dolphin population, and consider what this means for conservation.

The genetic diversity of the population is low, though the results weren’t clear whether this was due to (i) recent genetic collapse from the currently small population size or (ii) the low diversity inherited from the Irrawaddy dolphins that first moved into the Mekong River long ago (with such a long life-span, dolphins evolve slowly). However the results were clear that Mekong dolphins are very distinct from other Irrawaddy dolphins, even those in nearby coastal areas in Cambodia. It’s possible that the population represents a sub-species, though more evidence is needed to clarify this. 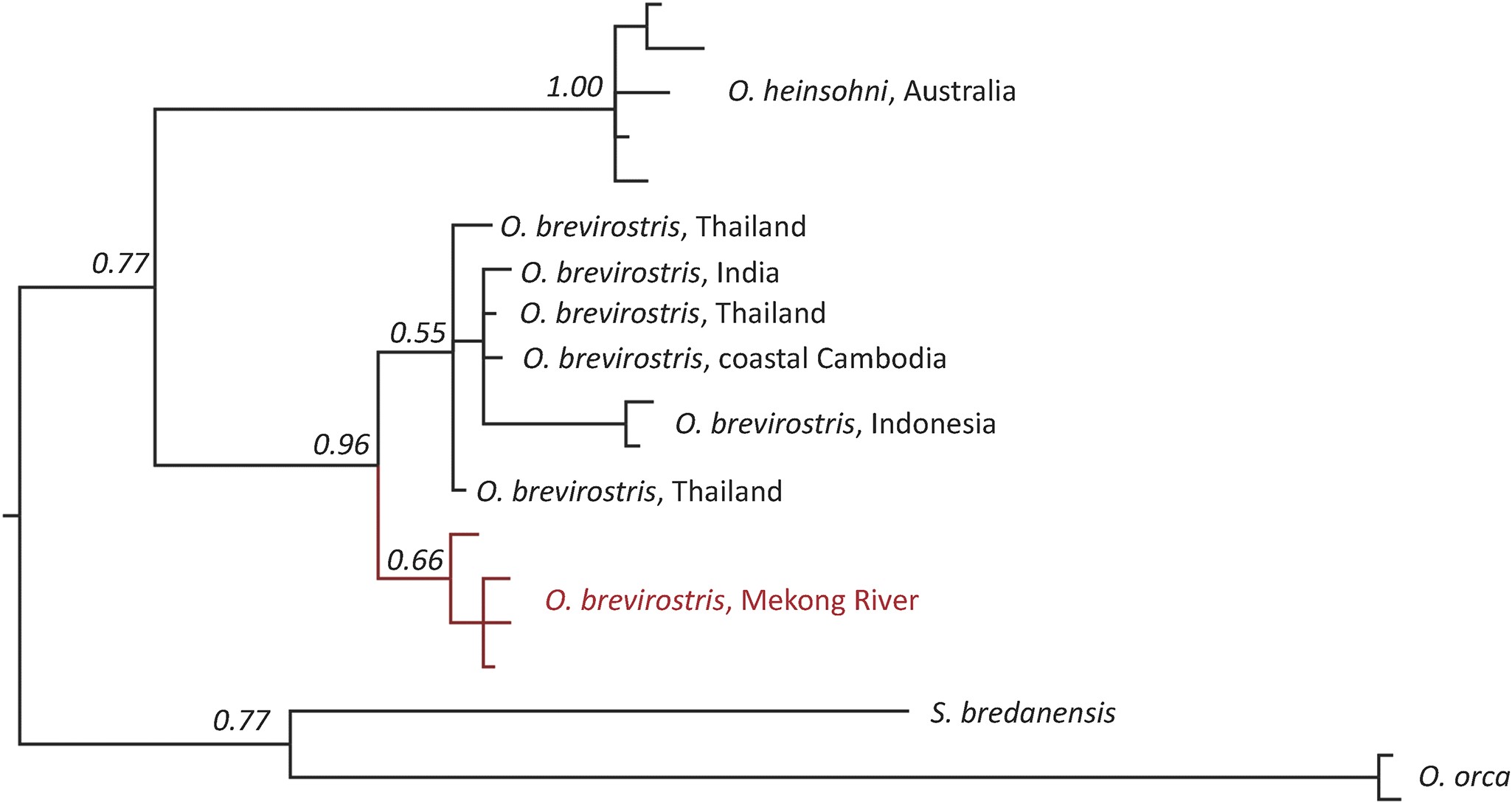 Fig 1 – Phylogenetic relationships of the genus Orcaella based on 384bp of the hyper-variable region I of mitochondrial DNA. Numbers indicate Bayesian posterior probability values for each clade.

So what does this mean for conservation of dolphins in the Mekong? Preserving the existing genetic diversity is a high priority, and the best way to do this is by protection of the existing wild population. Ongoing work in the field to protect them through management of gillnet fishing in dolphin habitats and parallel awareness raising and livelihood diversification work with local communities is the cornerstone. These efforts need to be combined with continuing policy support to protect remaining dolphin habitat from developments like proposed mainstream hydropower dams.

See our Special Projects page for more information on the Critically Endangered population of Irrawaddy dolphins in the Mekong River.