Initiative to save Taiwanese white dolphins from extinction

Initiative to save Taiwanese white dolphins from extinction

Taiwanese white dolphins (Sousa chinensis taiwanensis) live in shallow nearshore waters along the west coast of Taiwan (= eastern Taiwan Strait). Researchers from Taiwan and elsewhere have been studying this small and declining population (currently < 75 individuals) since its discovery in 2002 (Wang et al. 2016). 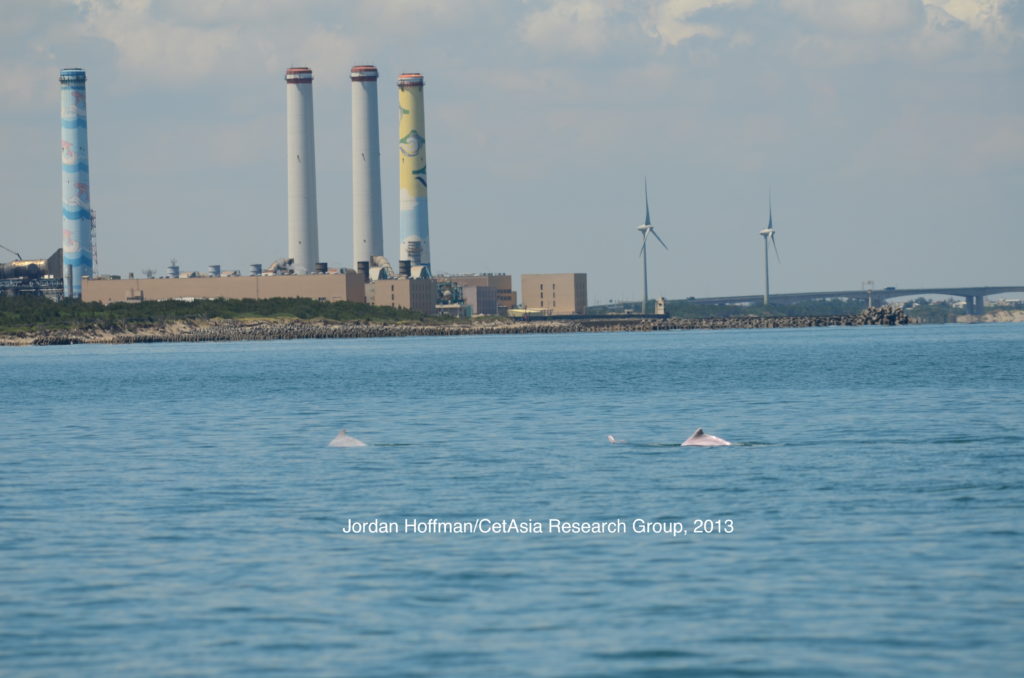 The Taiwanese white (humpback) dolphin is endemic and restricted to a very small area along the nearshore waters off western Taiwan. The dolphin subspecies is declining in number due to several major threats such as fisheries interactions and coastal industrialization. Photo Credit: Jordan Hoffman

The Eastern Taiwan Strait Sousa Technical Advisory Working Group (ETSSTAWG) was formed in 2007 at the Society for Marine Mammalogy’s biennial conference in Cape Town with the aim to identify, characterize, and help address threats to the subspecies. About 58% of the dolphins in this population bear serious scars that are mostly caused by fishing gear (Wang et al. 2017); freshwater diversion for human use has depleted flow into estuaries;  chronic industrial pollution releases toxic smoke and liquid effluent into dolphin habitat; and factories are built on ‘reclaimed land’ in nearshore waters, reducing and degrading dolphin habitat (Ross et al. 2010).

Some progress has been made over the past decade. The Government cancelled a permit to ‘reclaim’ 4,000 hectares for the KuoKang petrochemical facility after serious concerns were raised about the implications for dolphin habitat. The Government also agreed to designate Major Wildlife Habitat (akin to ‘critical habitat’ in some other jurisdictions) with boundaries that largely mirrored those proposed by the ETSSTAWG, but significantly with no provisions to protect potential habitat, omitting a substantial section of known dolphin habitat, and leaving waters within 50 m of shore undesignated. Also, local and central governments have, since receiving proposals from the ETSSTAWG for a variety of measures to mitigate the impacts of fisheries on the dolphins, increased enforcement of fishing bans that were already in effect, pursued buy-backs of nearshore fishing licenses, and incorporated dolphin concerns more coherently into management practices and environmental impact assessments. Without these actions, Taiwanese white dolphins would likely be in an even steeper population decline. 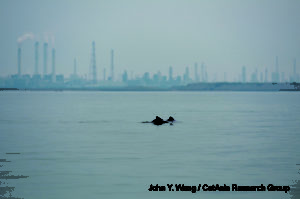 Unfortunately, however, an ominous new threat has emerged over the past year: a massive array of offshore windfarms that are to be installed in coastal waters within and around dolphin habitat. To address this threat, the ETSSTAWG and Taiwanese conservation groups – Wild at Heart Legal Defense Association and Matsu Fish Conservation Union – convened a team of experts to assess the risks of windfarm construction and provided recommendations for ‘beyond best practices’ for industry, as well as guidance for the Government. General guiding principles for the wind energy sector included: i) Locate turbines away from areas where dolphins occur, including areas where the noise is likely to disturb dolphins; ii) Use engineering practices that are ‘better-than-best’ at reducing noise and disturbance during construction; and iii) Reduce the threat of fisheries interactions, both immediately and during windfarm construction and operation, since the construction activity may exacerbate the impact of fisheries by forcing fishermen to fish closer to shore, thus increasing fishing effort within dolphin habitat. The expert panel noted that if construction of the windfarms is designed and carried out properly, Taiwan may gain a ‘cleaner’, more secure source of energy and at the same time give hope for the survival and recovery of its endemic dolphin subspecies.