Distribution and abundance of cetaceans in the European Atlantic – SCANS-III

Distribution and abundance of cetaceans in the European Atlantic – SCANS-III

A large-scale international survey for whales, dolphins and porpoises in European Atlantic waters has estimated a total of more than 1.5 million cetaceans in the study area in summer 2016. This survey is the third in a series that began in 1994 (SCANS) and continued in 2005 (SCANS-II) (SCANS stands for Small Cetaceans in the European Atlantic waters and North Sea). It was a collaboration among scientists in nine countries bordering the Atlantic and was coordinated by the Sea Mammal Research Unit, University of St Andrews, in Scotland, UK. 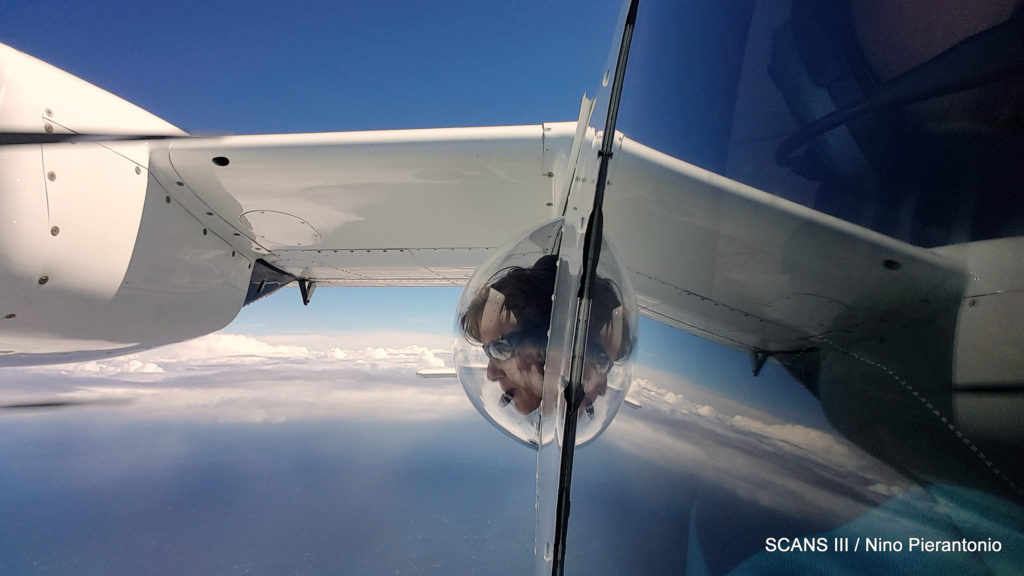 Three ships and seven aircraft surveyed an area of 1.8 million km2 from the Strait of Gibraltar in the south to Vestfjorden, Norway in the north, over a 6–week period in summer 2016. The data were collected using line transect sampling methods designed to allow correction for animals missed on the transect line, without which estimates of abundance would be negatively biased. This was achieved using two semi-independent teams of observers on the ships and using the “circle-back” aerial survey method, in which the aircraft flies a loop to re-survey the same piece of transect. 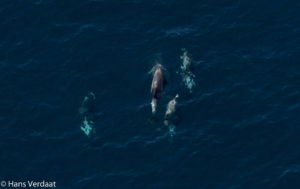 Teams of observers searched along 60,000 km of transect line, recording thousands of groups of cetaceans from 19 different species. The most abundant species were harbour porpoises (467,000 animals), common dolphins (468,000) and striped dolphins (372,000), with a further estimated 158,000 either common or striped dolphins. Numbers of other species of dolphins estimated to be present were 28,000 bottlenose dolphins, 36,000 white-beaked dolphins and 16,000 white-sided dolphins. Deep-diving whales that feed primarily on squid in offshore waters were estimated to number 26,000 long-finned pilot whales, 14,000 sperm whales and 11,000 beaked whales of several different species. Of the filter-feeding baleen whales, 15,000 common minke whales and 18,000 fin whales were estimated to be present. 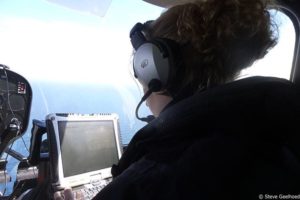 For harbour porpoises, white-beaked dolphins and minke whales in the North Sea, the series of abundance estimates shows no statistical support for a change, in other words, a stable trend in abundance over the 22 years covered by the surveys. For other species in the region, at least one more survey will be needed in the future before any trend can be assessed. Results indicate that the shift seen in harbour porpoise distribution in the North Sea from the northwest in 1994 to the south in 2005 was maintained in 2016, with highest densities found in the southwestern North Sea, and north and east of Denmark.

The new estimates of abundance will be integral to cetacean assessments undertaken for OSPAR ’s Quality Status Report (OSPAR is the mechanism by which 15 Governments & the EU cooperate to protect the marine environment of the North-East Atlantic.), and for the EU Marine Strategy Framework Directive assessments of Good Environmental Status. The results also make it possible to determine the impacts of bycatch and other anthropogenic pressures on cetacean populations, fulfilling a suite of needs under the EU Habitats Directive and the UNEP Agreement on the Conservation of Small Cetaceans in the Baltic, North-east Atlantic, Irish and North Seas (ASCOBANS).

The full report can be read here.