The Chilean government has recently approved the declaration of the Tic Toc Marine Park, located on Chile’s southern coast, off the Northern Patagonian Fjords.  This marine park, in the waters of Corcovado Gulf, will protect of one of the most pristine marine ecosystems in the southern hemisphere.  With an area of 90,000 ha, Tic-Toc will be the largest marine protected area in continental Chile. 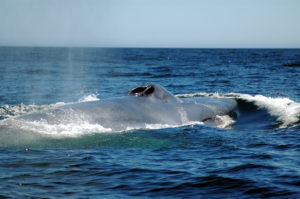 Research conducted over the last ten years has demonstrated the importance of this area: it hosts one of the largest populations of blue whales in the southern hemisphere, is home to the endemic Chilean dolphin, and is a nesting ground for many bird species including a newly described species of petrel.  Other cetaceans that are fairly common in the area and will also benefit from the additional protection the park provides include humpback, sei, minke and killer whales, Peale´s, dusky and bottlenose dolphins, and Burmeister´s porpoises. Many fish species of commercial importance breed within the park and coldwater corals are present.