In March 2015 a young gray whale visited waters near Kozushima and Niijima, part of Tokyo’s outlying Izu Islands group. The occasional appearance of gray whales, such as this one, in Japan, together with a stranding on the mainland China coast of Taiwan Strait in November 2011, indicate that although some of the whales that feed in summer off Sakhalin Island (Russia) migrate to wintering areas off North America, some gray whales still use other traditional portions of their historical habitat in East Asia (see Weller et al. 2012 at http://www.int-res.com/articles/feature/n018p193.pdf). 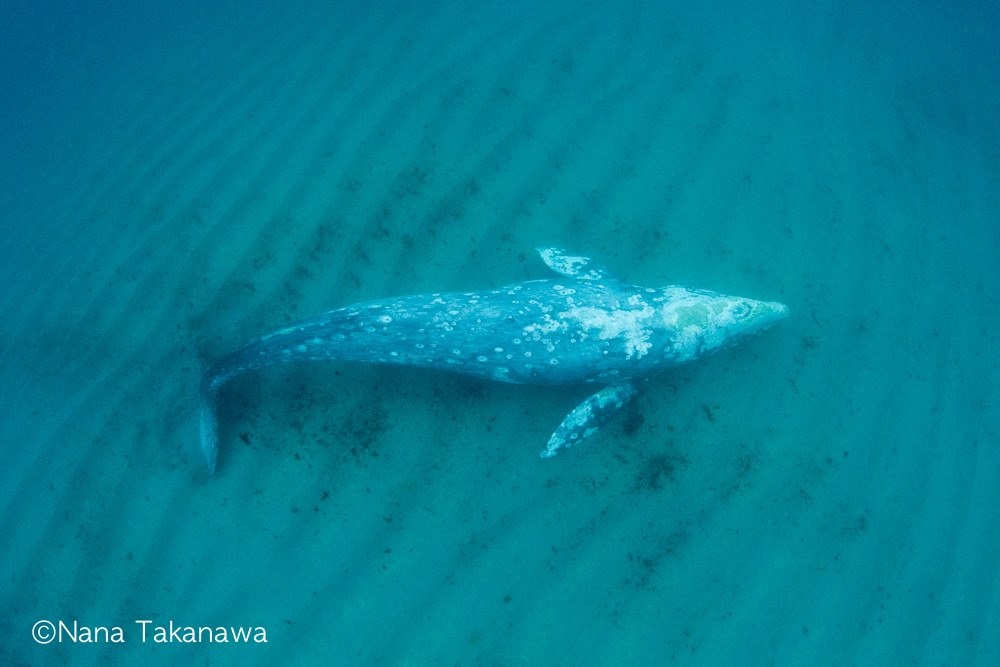